Here's what Garry has to say about this project.

This leopard was collected in Namibia by a client. It was a very large cat, it was not weighed but it was one of the largest cats I've ever worked on. It was bigger than a 165 lb leopard I did a few years ago. I had to alter the largest leopard form I could get, to make it bigger and to fit the artificial tree branch it would be perched on.

The leopard form was purchased from Research Mannikins Taxidermy Supply in Oregon. This form was sculpted by Bill Lancaster, who does great cats. 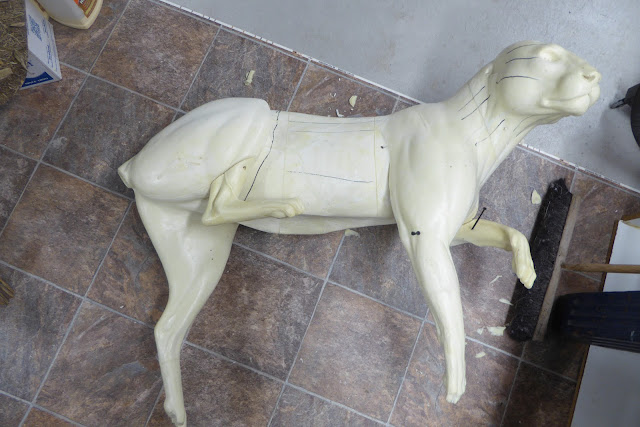 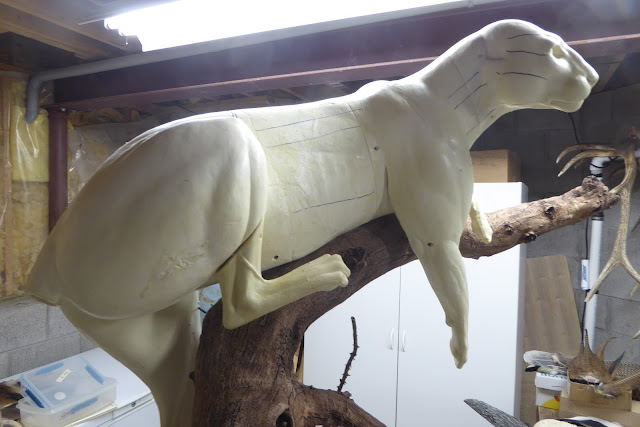 Fitting the form to the artificial branch.
The branch was purchased from McKenzieTaxidermy Supply 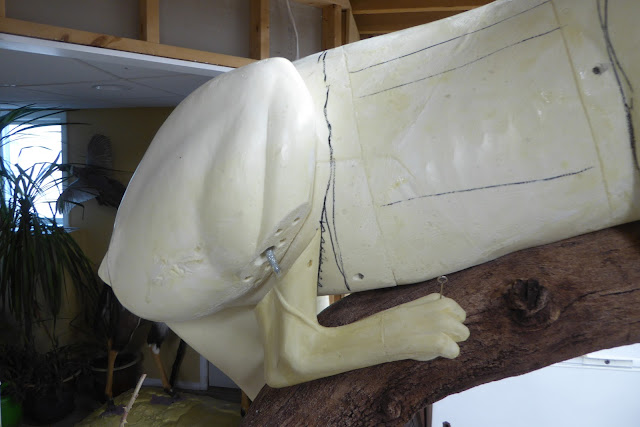 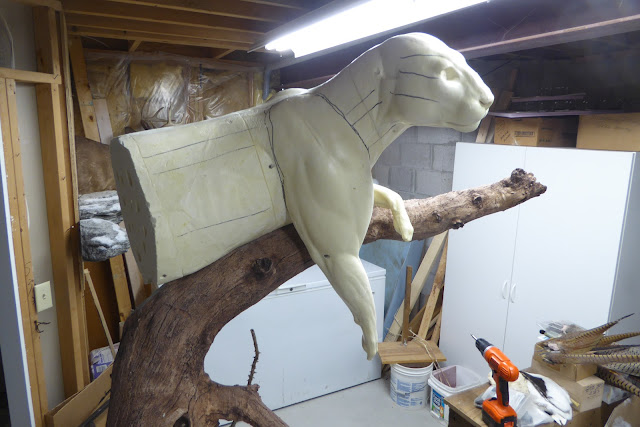 I had to cut the form in half to alter the angle of the hips.
Read more »
Posted by Jeri Jackson at 2:37:00 PM No comments: