Garry found some old photos that showed how he developed his methods for fish reproductions and skin mounted fish with cast heads. He thought some people might like to see how this is done.

In 1983, Garry had a client who was a fish collector for the aquarium trade. While in South America at the headwaters of the Amazon River in Peru, he collected a specimen of a Tiger Striped Catfish, which was recently discovered in that area. When he returned to Wisconsin, the specimen died and he brought it to Garry to do a reproduction. The fish was approximately 27 inches long. 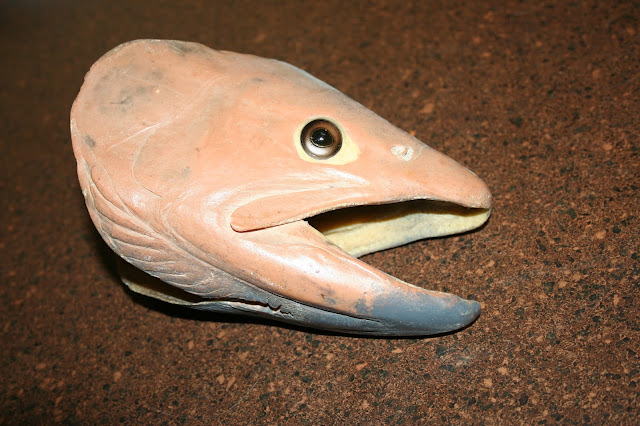