You Can Eat That? Daylily Buds Recipe

We wrote this post last year, after we harvested and cooked daylily buds, but saved it to post in advance of this year's season. So, if you want to try something new, watch your daylily plants for June blooms and harvest before the flowers come out. Once blooming starts, the buds are available for a few weeks.  I don't have the nutritional information - but you can probably find that somewhere!

Did you know that daylily buds are edible? Yes, you can pick daylily buds, boil them and eat them! They taste a lot like asparagus. Serve with a little butter and salt - yummy! 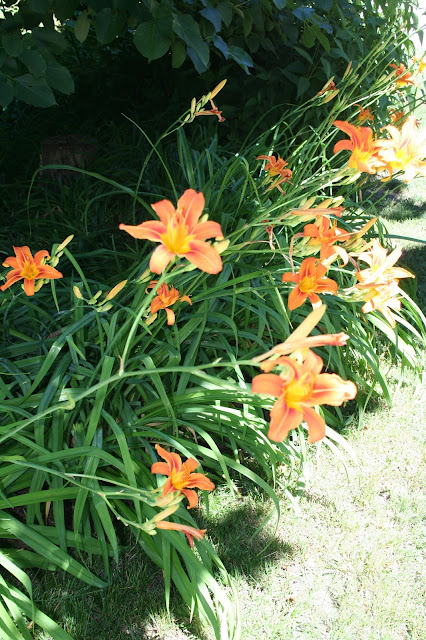 These common Daylily Plants bloom all over the Milwaukee area, but be sure to only pick and cook them if you know they haven't been sprayed with pesticides, of course. 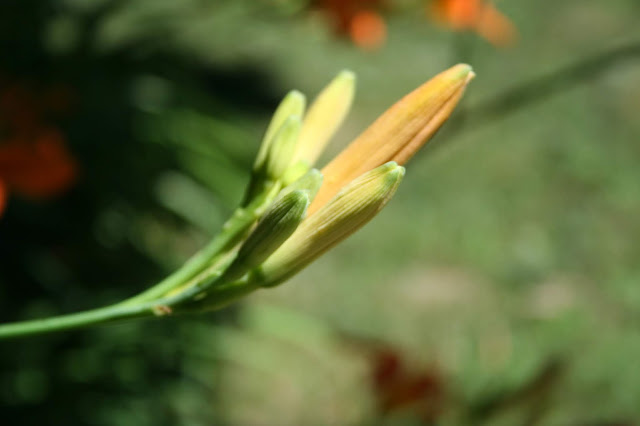 Pick the buds at any time before they bloom, the size doesn't matter. 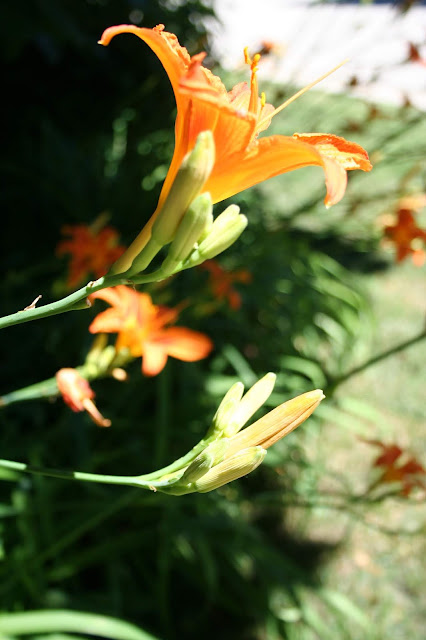 These buds could be picked, but leave the flowers. 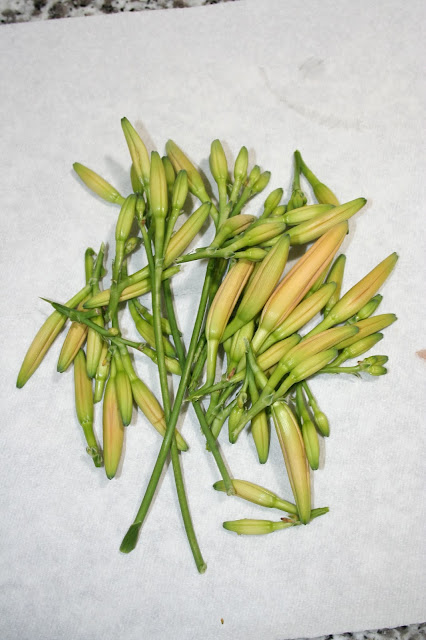 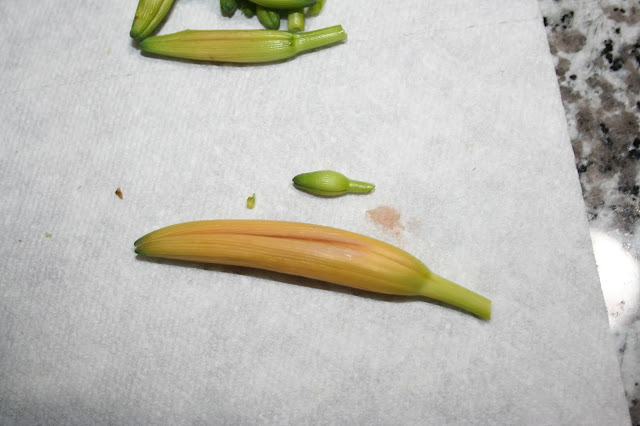 Any size bud can be cooked before bloom, the large one here is acceptable, as is the tiny one. 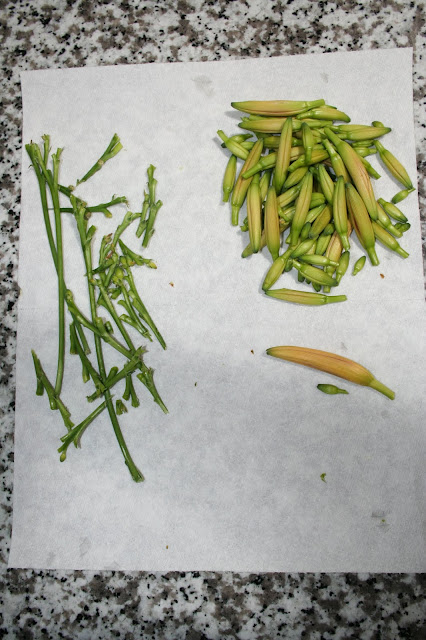 Remove the stems, only cook the buds. 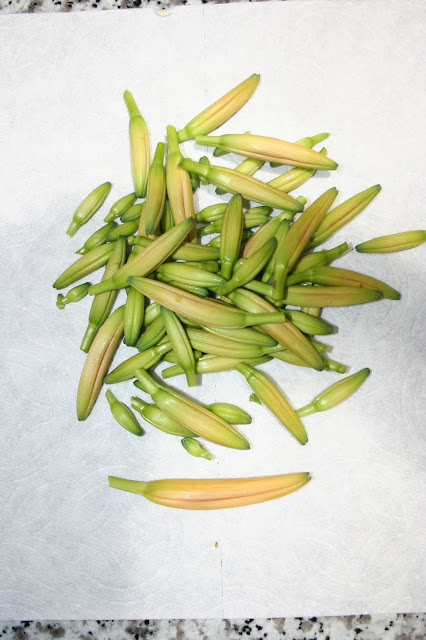 Rinse the trimmed buds in clean water and drain. 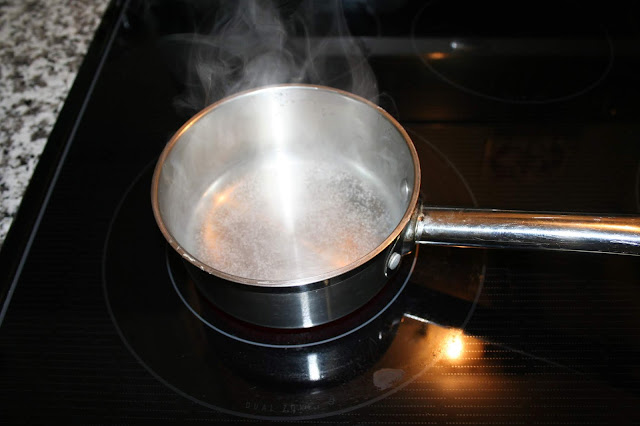 Bring enough water to boil to cover the buds, adding about a teaspoon of salt. 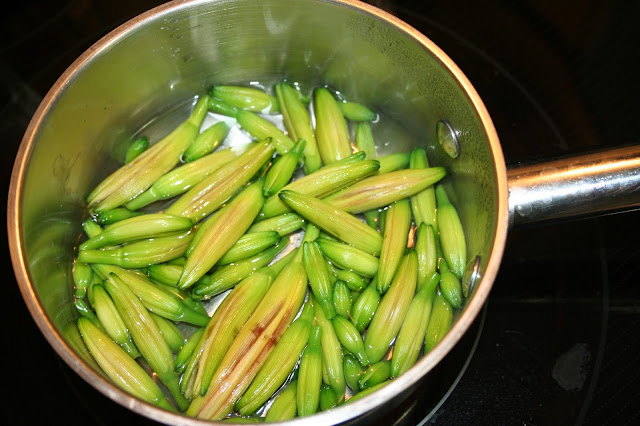 It's OK if the buds float in the water. 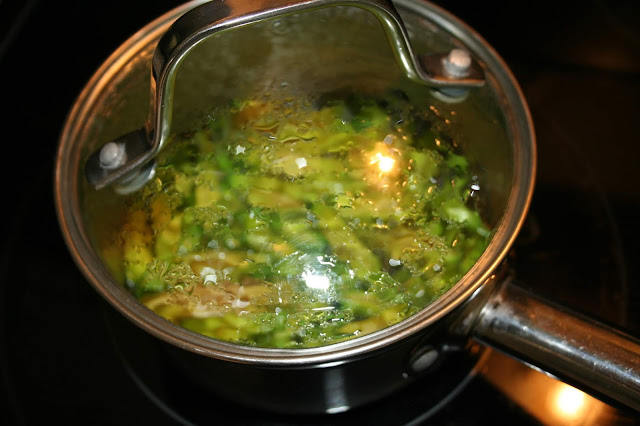 Cover the pan, lower the heat to simmer and cook for about 3 minutes, or until tender. 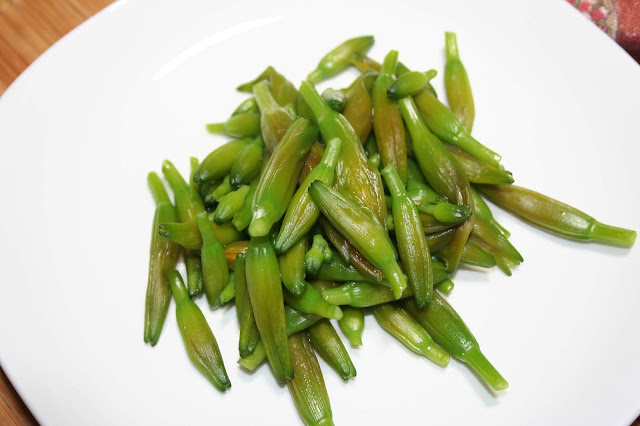 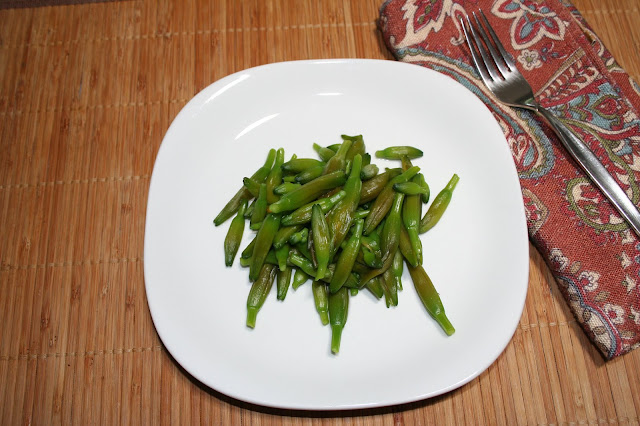 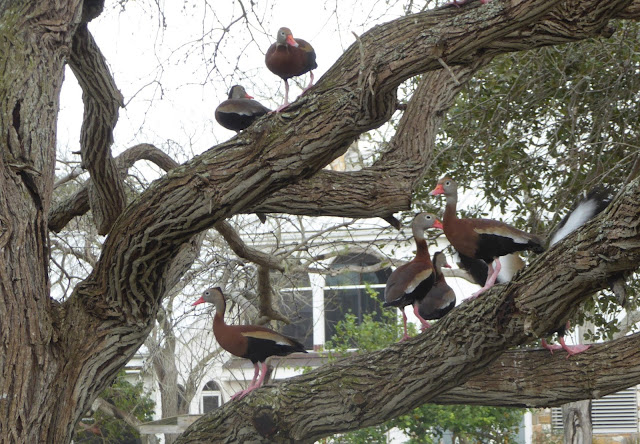 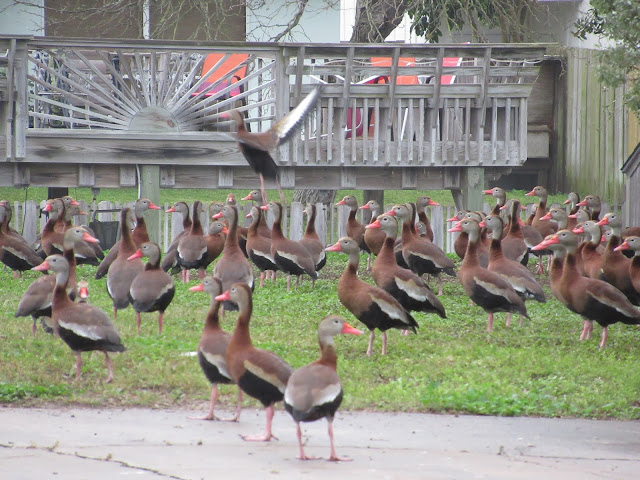 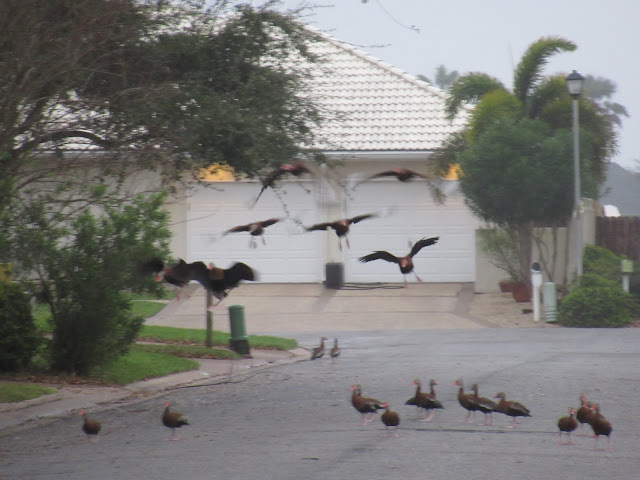 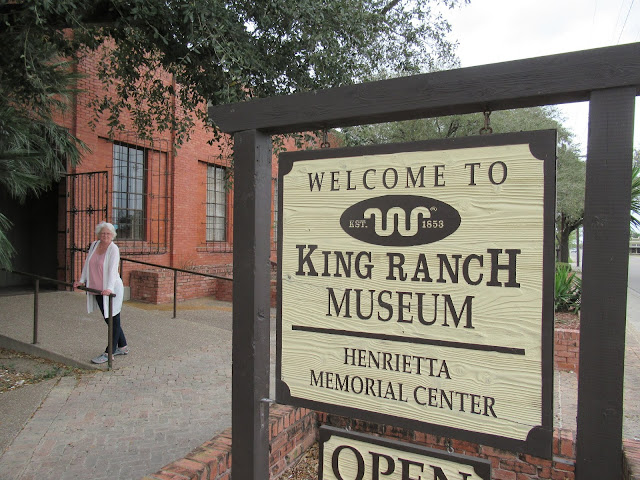 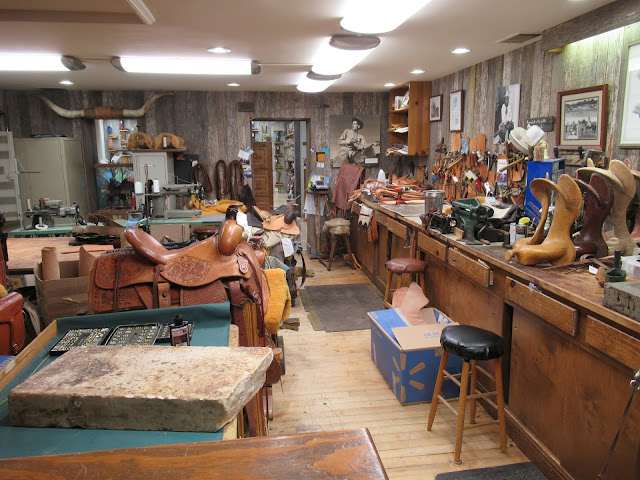 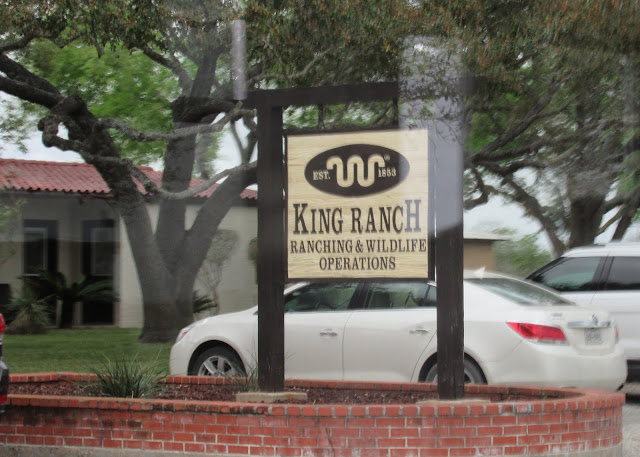 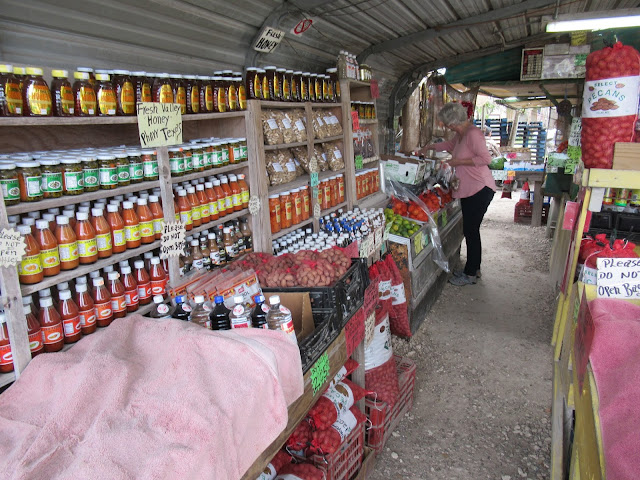