Getting up early on a Sunday can be worthwhile! After waking up at 5 a.m., we drove to Mukwonago, Wisconsin (about 10 miles from home), arriving just before 6 a.m., in time to watch the filling and launching of 12 hot air balloons as part of the Balloons Over Mukwonago event. As usual, Garry had his camera and videorecorder with him. 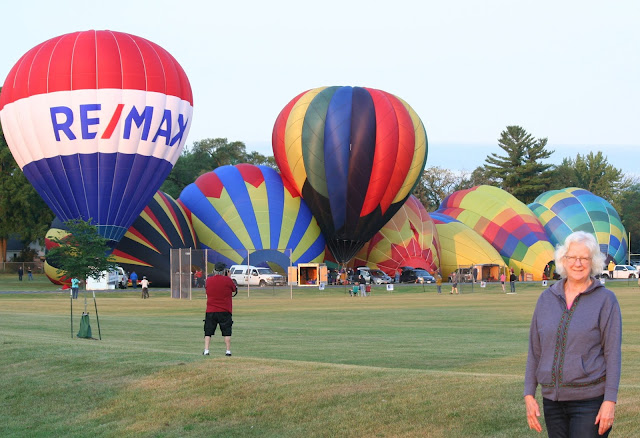 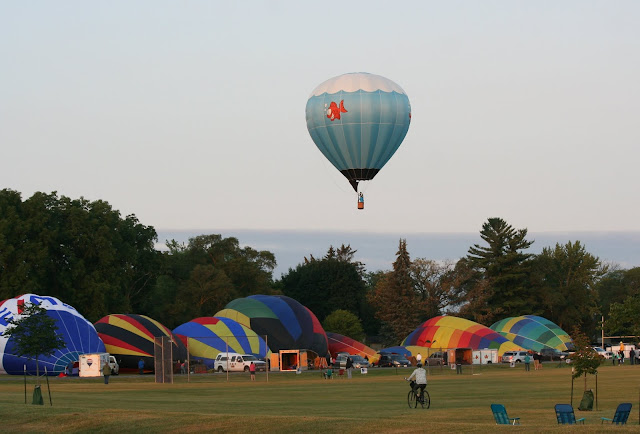 We parked near the school administration building.
Just before 6 a.m., balloons are being filled. 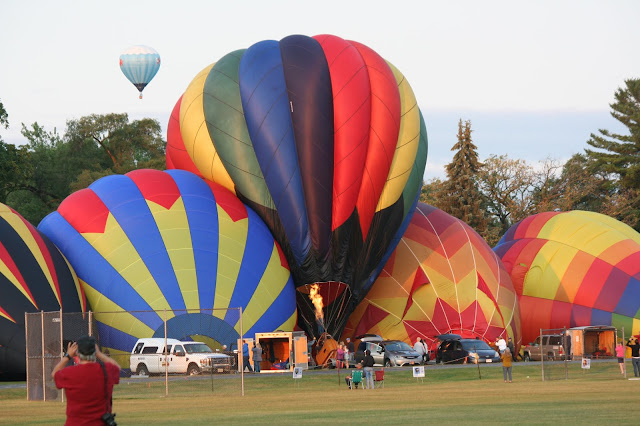 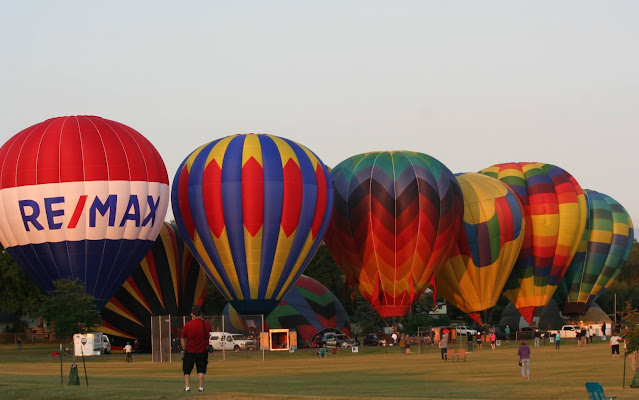 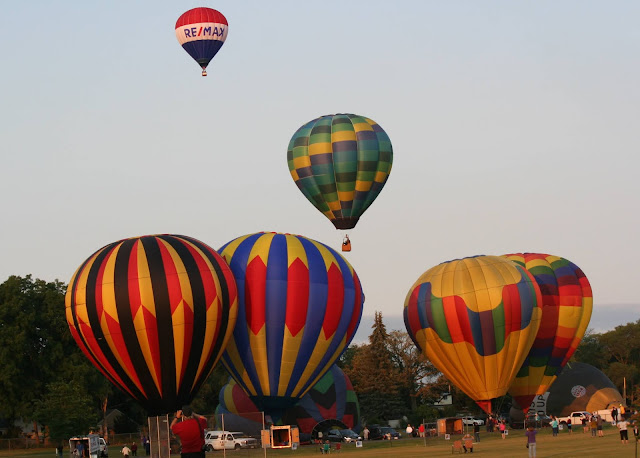 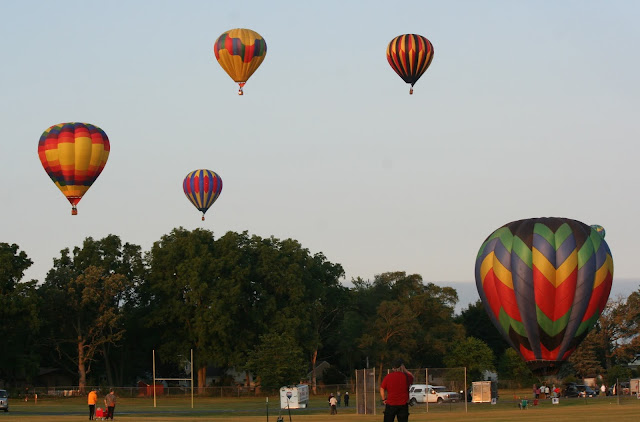 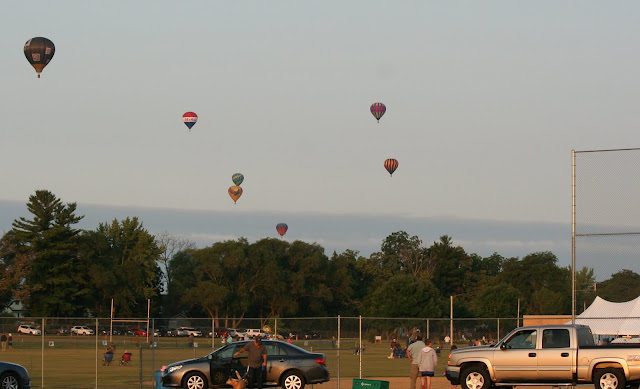 The winds were calm, and the balloons headed southwest towards Phantom Lake. 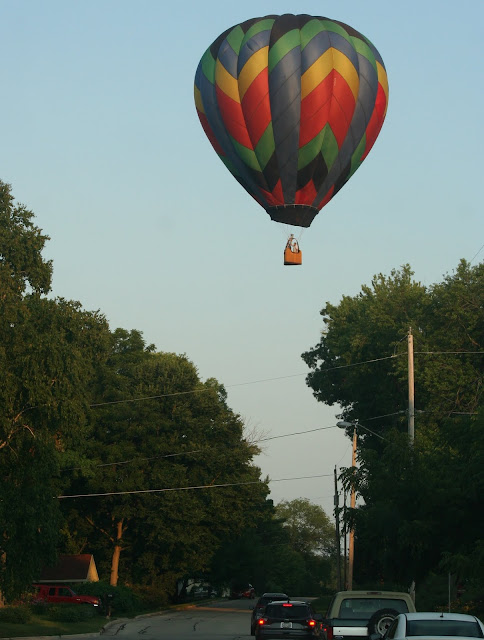 Because Garry lived in Mukwonago for more than 25 years, he knows his way around town and the surrounding areas. We drove west towards Phantom Lake, following the flight through town. 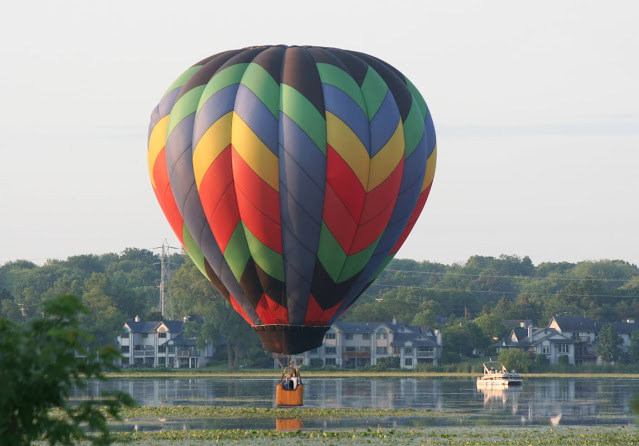 Some balloons coasted along very close to the lake, along with the boats!
Tomorrow morning, Garry & his friends will be fishing in this spot. 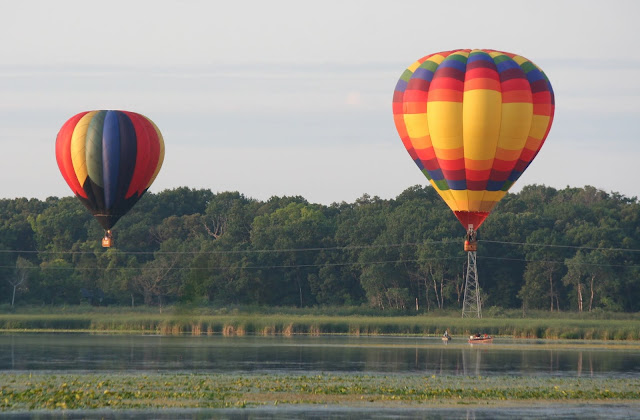 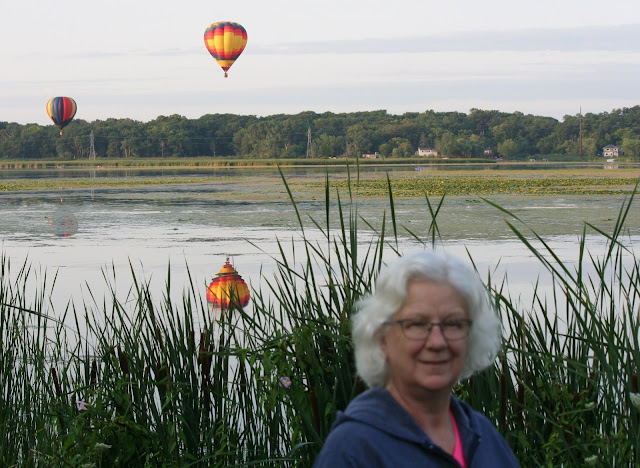 Balloon reflections in the still lake. 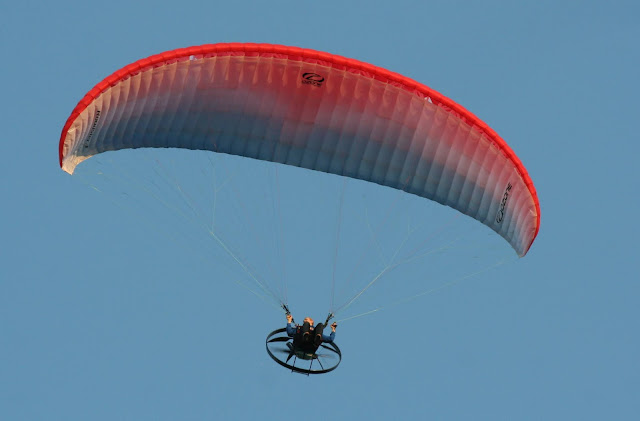 Several motorized parasails were following the balloons.
One landed alongside a balloon in the landing area. 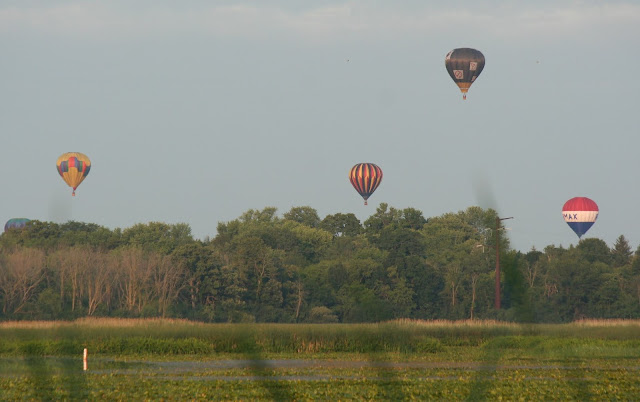 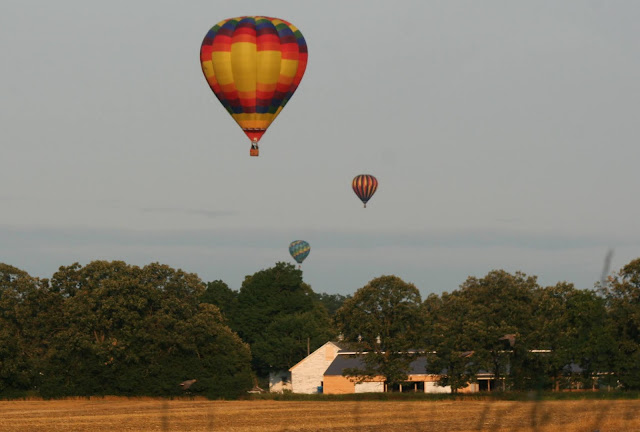 Balloons heading towards safe landing spots in nearby farm fields. 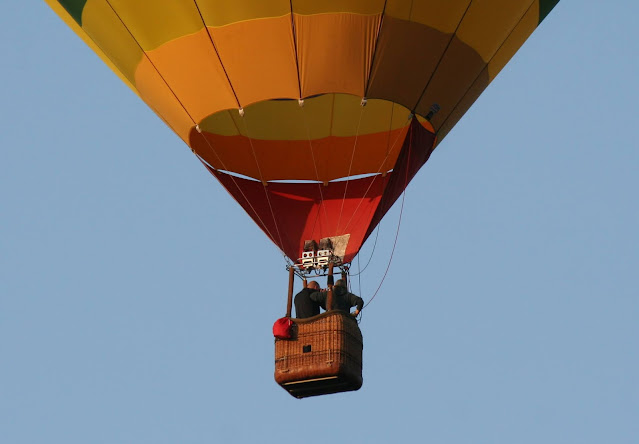 Descending into the field. 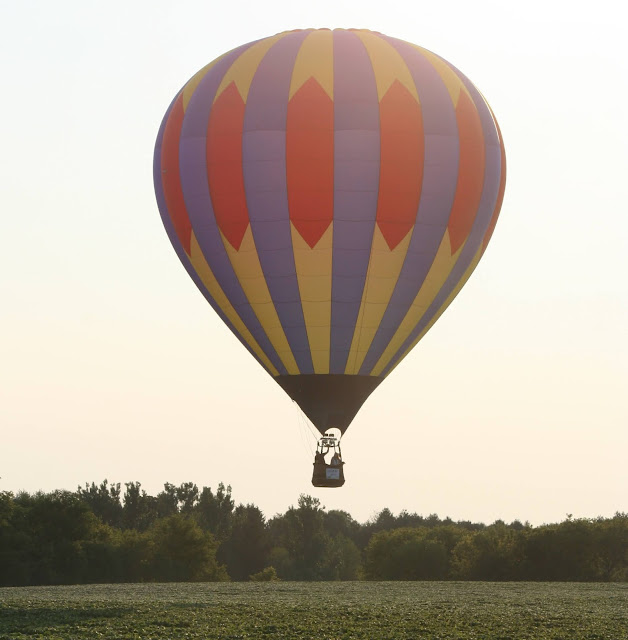 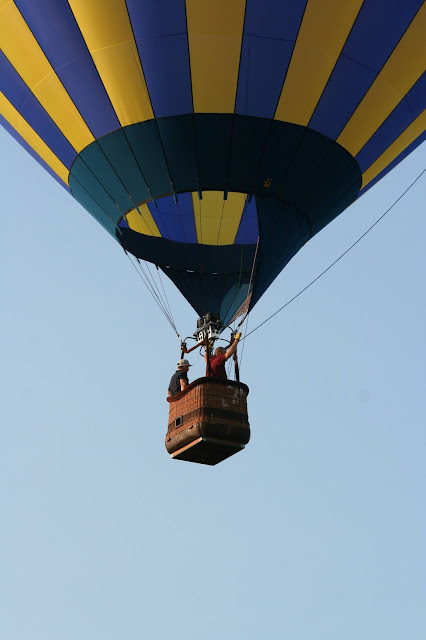 Garry also took video of launching and landing.
It was amazing to see how softly the basket and balloon landed in the field. 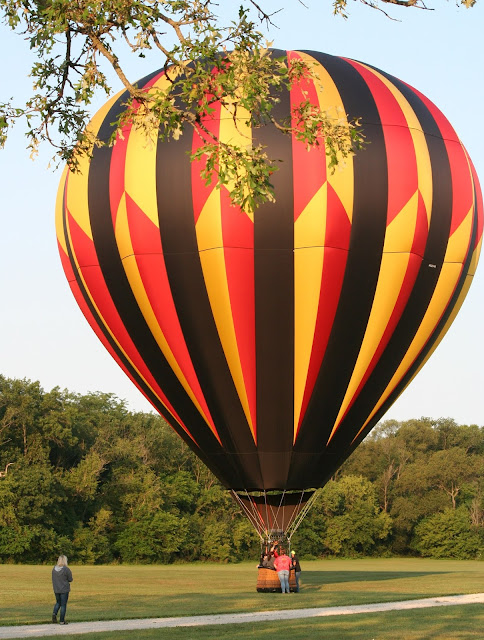 The team of helpers met the balloons after following in the "chase truck". 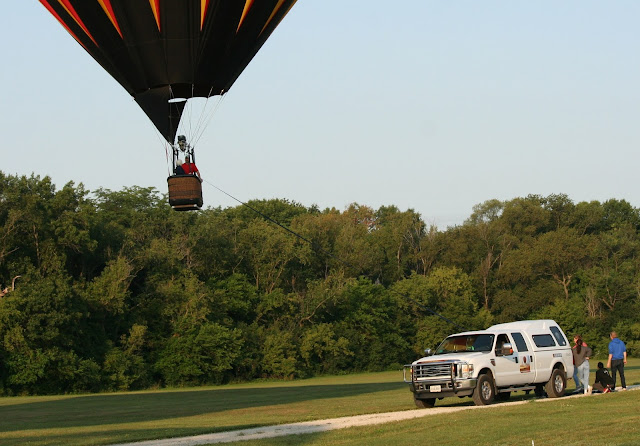 After this balloon landed, the team helped an older woman into the basket and she went for a short ride, tethered to the truck. 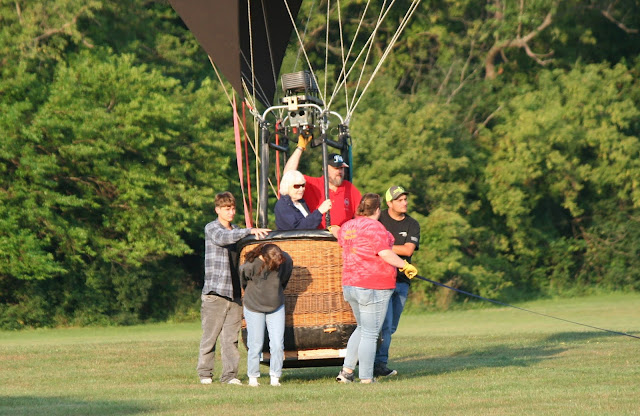 After landing, as the pilot controlled the balloon, the team walked the basket to the truck, while floating about a foot off the ground. 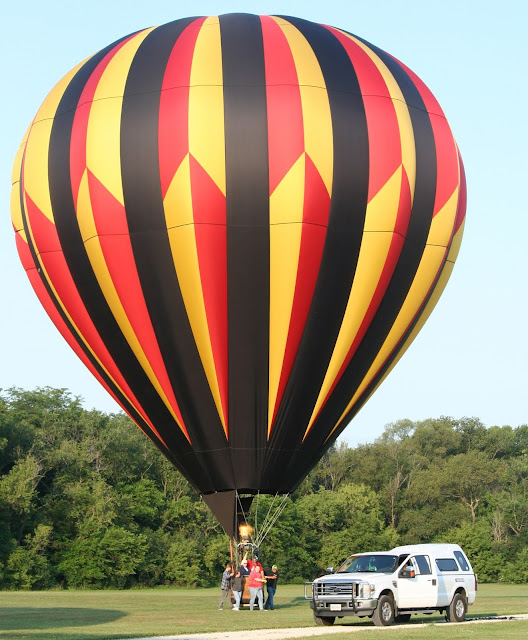 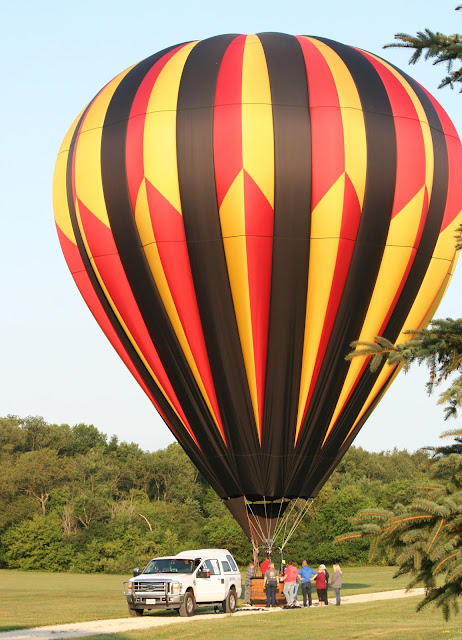 The team was able to set the basket down very close to the truck! 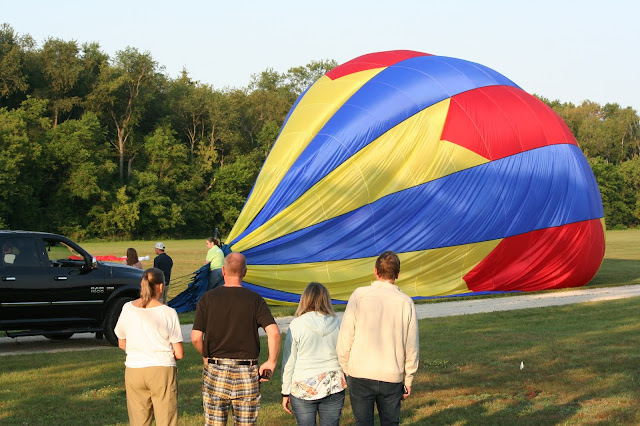 Starting to deflate and pack up. The 2 balloons in these photos landed about 30 yards apart. 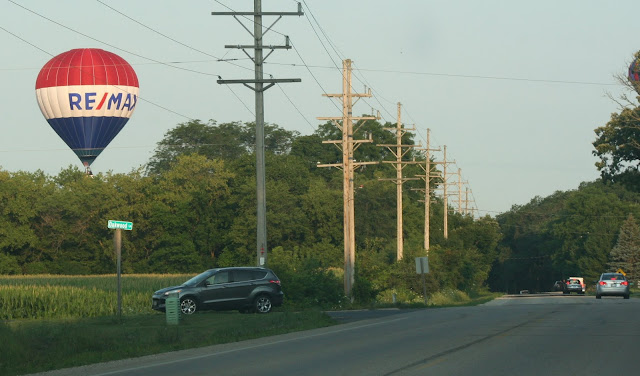 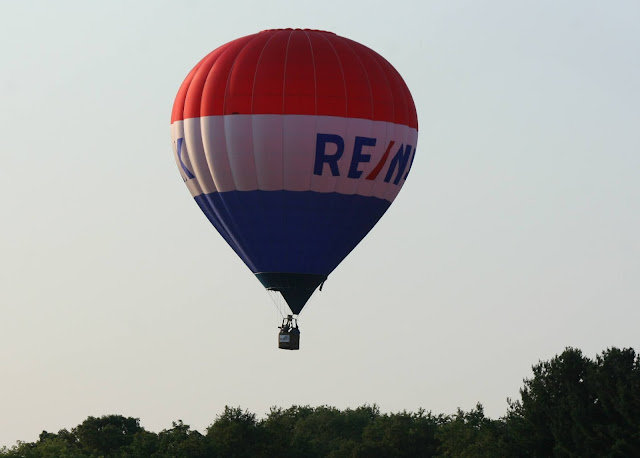 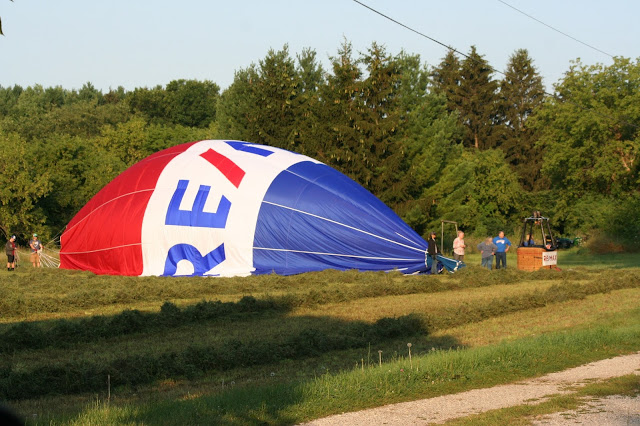 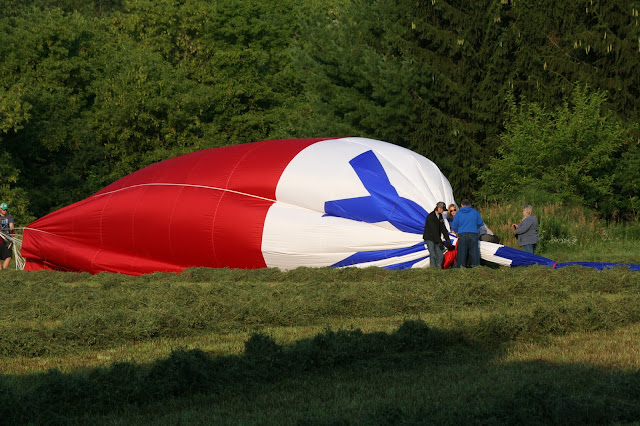 As we watched, we learned how they use straps to contain the balloon as it was deflated.
We've seen some hot air balloons in flight in Albuquerque, New Mexico, but this was our first experience with watching the balloon launch and landing, and it was a lot of fun, and interesting to see the process. We'll be sure to watch for this event next year.